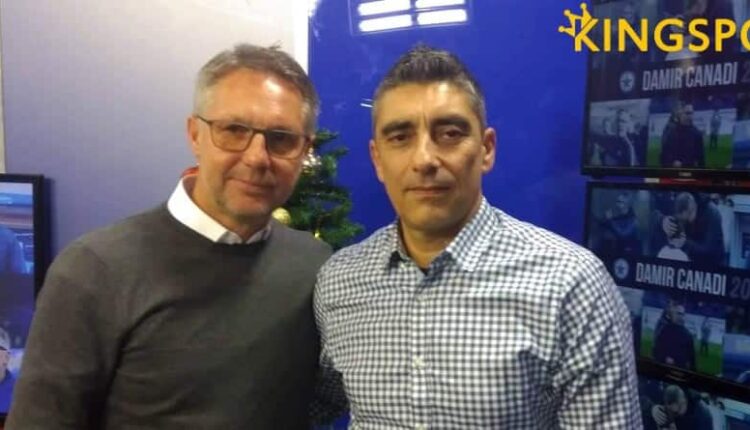 Austrian coach Damir Canadi had the chance to give his views about his cooperation with Atromitos FC which was terminated lately after the club’s announcement. The 50 year football manager was being exclusively interviewed by Kingsport.gr and Nikos Stratis and he made clear that the club must be patient to build a new team for the future…

Mr. Canadi was very friendly and calm and kindly accepted our proposal to speak about what happened. Two days ago Atromitos board had announced the end of the cooperation (open case about his contract which expires summer 2022, negotiations to start soon). He left after Atromitos Greek Cup home defeat 3-2 against PAS Giannina while the club was in 7th post of Greek Superleague table (6-7-7, goals 19-25, agg.-6). He is widely considered as the best coach in clubs history (best winning percentage 45% in Greek League,  4th place in the table for two seasons in a row winning both times Europa League participation)

What is your first comment about Atromitos decision to terminate your cooperation with the club?

I don’t  really know. This is football, this is real life! It just happens! I know myself, I know my job very well. I am professional and I have experience. I respect this decision even if I do not agree. But that’s the way it is. I think it was an emotional decision from his side but like I said, I respect it.

What’s your own explanation?

Look, there was too much pressure in the club this time. We did not perform well in the beginning but during the season we were improving and playing better. Even at games we did not manage to win, we were the better team on the pitch. We won against PAOK last December and felt more confident. Later we lost from AEK and Olympiacos but we were unlucky and some referee decisions were against us. We played two away fames vs PAS Giannina (2-2 Cup, 1-0 win League) performing well. Then we lost 3-2 at home at 2nd leg and were disqualified ever if we tried after bad start and 0-3, scored two goals and heated the post once. I am not saying I was happy about our performance but we were improving also by putting youngsters thinking about the future. 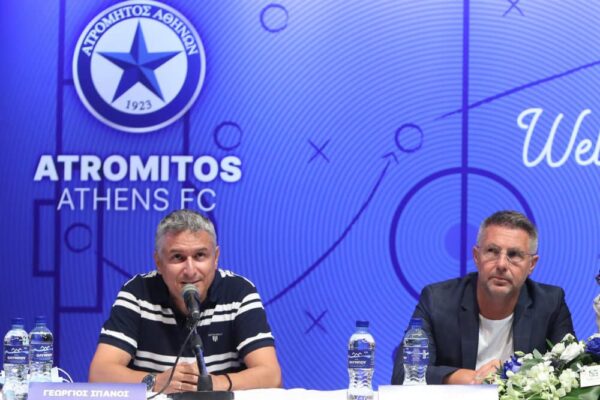 Recently club’s owner Mr. Giorgos Spanos announced that he is leaving the club next summer. Do you think that this affected the team?

Absolutely yes! Is was surprise and real shock! Nobody knows why he decided this way. After this announcement I was still motivating my players, I am a professional. That’s why we won 4 pts in the following two away games. But let’s face it. All the people of the club were affected by this decision, not only the players. All employees working in offices, kitchen, everywhere! It’s normal to worry about their future and families…

Was any difference between your first and second presence in Peristeri?

Yes I think it was different the second time. The team was trying to recover after a bad season, many problems, no European participation etc.  Last season was a “disaster” for the club. But I have the feeling that everybody was expecting from Canadi to fix all this directly! From Superleague Matchday 1 and home defeat against Volos I saw big pressure and rush for the result. But that’s not exactly the way football works , okay I know very well results are important but we need also to build a new team here. In my first presence we had a really good team , we created a competitive team and we succeeded. But we had patience as well. I remember heavy defeats in friendly games and then four draws in a row in the beginning of the League. But the team was united and calm. New and quality players came, Risvanis Gianniotis, Warda, Busuladzic etc and we made an amazing season.

But now it was different,  I saw everybody was tired in the club, especially after this bad season last year, now there was no time and space for patience. When some players leave the club, you need to find now pieces for the puzzle. And then start building again, the players have to learn the philosophy of the coach, the coach to adapt the new players and they all need time together. They cannot perform well from the first moment. You always need patience in these circumstances. I understand it was a special and complicated pandemic situation, no fans to support us at home games, the whole atmosphere was strange. But I told you, football is about results, we know it, we live with it. We know every year that Olympiacos, PAOK, AEK are favorites, and Panathinaikos and Aris also ambitious with high level facilities, quality players and good budget, getting stronger every season. We need to realize and analyze the possibilities and try to exploit our chances against stronger teams. So the discussion is for one place in the table, the 6th place, let’s be honest. Everybody has the right to hope for better results and goals. But we need to think and ask ourselves. Why last season was so bad for Atromitos? May be we did not run a lot, we did not press enough, this is the playing part. May be the organization balances in the club were not so clear. All this is a process you need to follow properly in football…

Yes I know! That’s why I think that the main priority in our plans should be to build a good team for next season.  If the quality is not good enough the current season, we need to think about next one. To offer playing minutes to academy players, Mandas, Natsos, Strouggis, Daviotis etc. We didn’t do this before and this was a really a good process to follow I think…

Being the most successful manager in Atromitos history (4th place for two season in a row, best winning percentage etc), you think you have been treated well by the club?

Listen, we still could enter the top 6 and the play offs. Before we play two games in a row against AEK and Olympiacos we were two points behind Asteras Tripolis. And now Asteras +8 but has to play difficult games and we thought we could chase our chances to finally win 6th place. We were 100% focused on this target. That’s why the decision to separate our ways was a shock for me and everybody in the club. But I m telling you once again, I respect it.

Any comment by your part about some published articles lately that you had an argument with two players on the day you left the club?

If you ‘ll excuse me, no I don’t want to comment anything on this incident. I respect Atromitos too much, this club is very special to me and there is no reason to come back to that moment.  I will only say that I am always honest and clear with the players. I like to have good relationship with everyone in the team. Playing “games” is not my style. If somebody doesn’t respect me I must tell you I am 50 years old I am not a child. I respect everyone and I demand to respect me back. And one last thing: Nobody can be more important than the team itself. No individuals higher than the club. Not Canadi, not the players, no one! We all must not put our ego in front of the club. May be this is one more reason why things did not work fine so far in the team. If there is no team spirit and young players are afraid of the old players, my role is to intervene and regulate the situation. Not for me but for the team! No one has the right to break the “team spirit” rules.”Team spirit” is key for a club like Atromitos, that’s one additional reason we were successful in my first two seasons here .  That’s my view on this case… 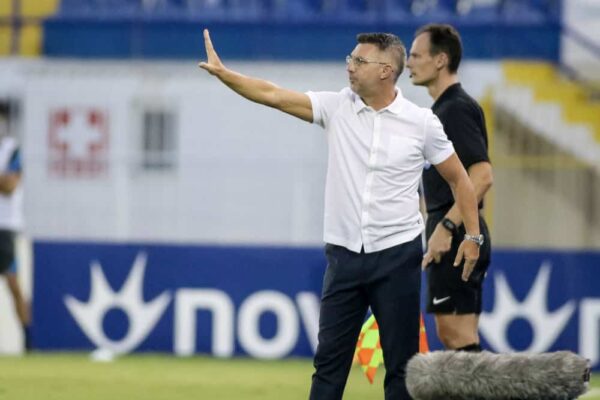 Now what is happening with the negotiations about breaking your contract with Atromitos?

There is mutual respect between me and Atromitos. My agents will negotiate with the club and I hope we get a good solution on this…

Is it too early to think about your next job? Would you be directly involved or may be next season taking into consideration the uncertain pandemic situation

It depends on the club. But in general I am always open and ready to work if I receive a serious professional challenge…

Thank you very much Mister and good luck!